Recognizing the Sacrifices of Military Spouses on Veterans Day

Posted by January Mallory on November 12 2018 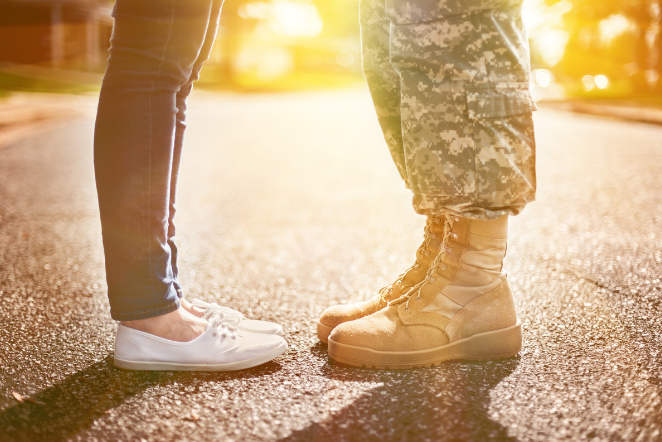 Serving in the military is more than just a commitment for those who serve on the front line, it is a commitment for their families as well. Military spouses are often subject to the ebbs and flow of the serving spouses’ assignments which often leaves them constantly looking for new employment.

END_OF_DOCUMENT_TOKEN_TO_BE_REPLACED 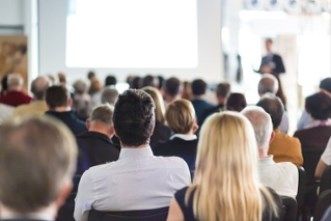 In 2016 the Equal Employment Opportunity Commission (EEOC) released a report entitled Select Task Force on the Study of Harassment in the Workplace. The Co-chairs of the task force, Victoria Lipnic, currently Acting Chair of the EEOC, and Chi Feldblum, EEOC Commissioner, envisioned the report as a first step to rebooting workplace harassment efforts. The report included in the Executive Summary contained the following key findings: (Read the complete report here)

END_OF_DOCUMENT_TOKEN_TO_BE_REPLACED

The Eclipse Cast a Light Over Berkshire Associates in Columbia, MD 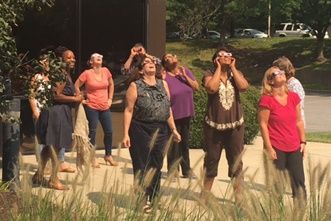 On Monday, August 21 a t about 2:45 p.m., Berkshire employees took a break from working to view the 2017 Solar Eclipse. This highly anticipated solar show was tracked all over the U.S. and Berkshire wanted in on the action. Although we did not experience complete darkness here in Columbia, the moons coverage was a must see.
END_OF_DOCUMENT_TOKEN_TO_BE_REPLACED

How to Level the Recruitment Playing Field

Posted by Berkshire Associates on October 26 2015 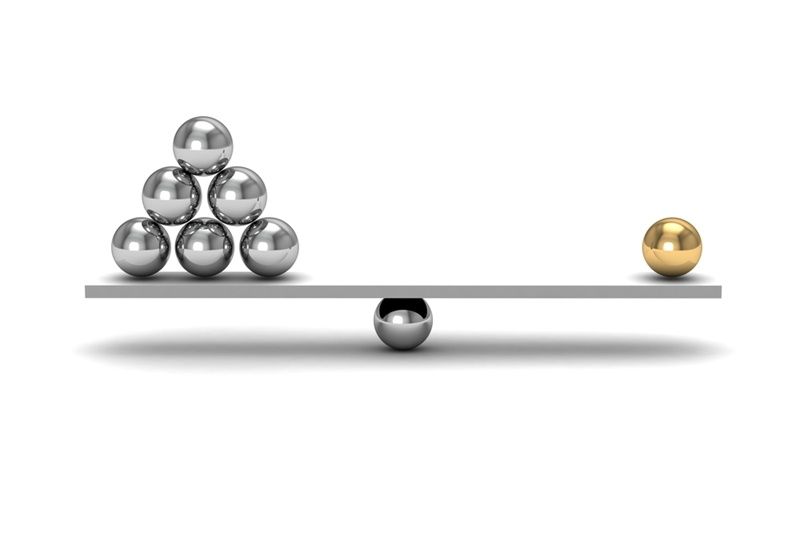 New technologies and shifts in recruiting have afforded startups and large corporations a similar opportunity to hire talented candidates.

In the past decade, there has been much talk and accompanying evidence on how technology has allowed the world to grow more connected. Thomas Friedman’s 2005 book, “The World is Flat,” discussed in great detail how globalization and easier international communication has encouraged new opportunities for business and commerce. That trend has manifested itself on a broad scale, but also within individual industries: Each sector has embraced technology as a means of improving connectedness and reach.

HR and recruitment are no exceptions. Now that technology is a core part of so many organizations, no longer is a company’s size and budget crucial to its ability to attract talented candidates. Here are several reasons why the small businesses have the ability to compete with larger counterparts for the same talented individuals:

END_OF_DOCUMENT_TOKEN_TO_BE_REPLACED

How Can Individuals With Disabilities Benefit the Workplace?

Posted by Berkshire Associates on August 4 2015 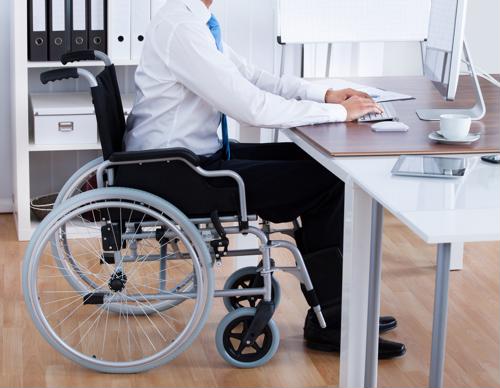 Any workplace would benefit in a number of ways by recruiting Individuals with Disabilities.

July 26, 2015, marked 25 years since the Americans with Disabilities Act (ADA) was written into law. It was a major and necessary step in bringing Individuals with Disabilities (IWD) into the workplace, but it still wasn’t a guarantee employers would offer the same caliber of employment to IWD as they did to other applicants. As University of California, Irving law professor Kaaryn Gustafson wrote in The New York Times, “the ADA was a start, but it was just a start.”

Despite improvement in recent years, the unemployment rate for IWD remains high—12.5 percent from 2013 to 2014, according to the U.S. Bureau of Labor Statistics. However, one way to bring that number down is to inform employers of the benefits of working with IWD. What benefits can these individuals bring to a workplace?

END_OF_DOCUMENT_TOKEN_TO_BE_REPLACED 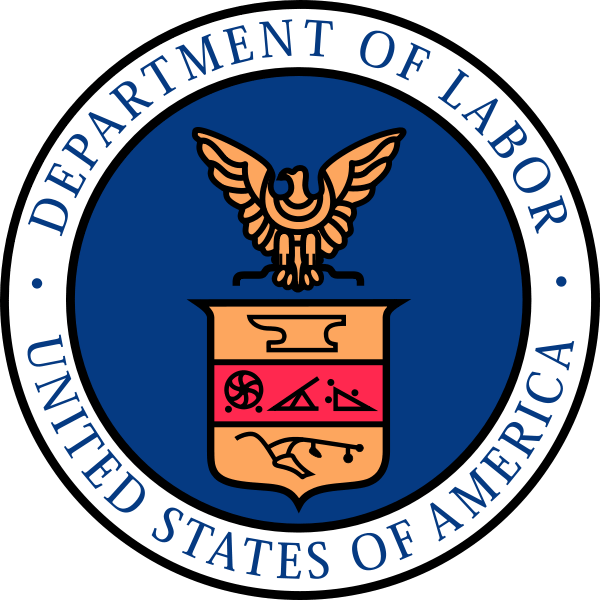 On February 25, the Department of Labor’s (DOL) Women’s Bureau (WB) published a notice requesting comments on a possible survey of working women. The last time WB conducted a survey like this was in 1994. According to the WB, “the labor force, employment opportunities, work environments, and the American family have changed substantially since then.” WB states this survey would, “identify women’s current employment issues and challenges and how these issues and challenges relate to job and career decisions, particularly reasons for exiting the workforce.”

END_OF_DOCUMENT_TOKEN_TO_BE_REPLACED

As discussed in my recent article, “Employee Retention: Keeping Your Employees in 2015,” after conducting a survey of 3,056 employers from various industries, CareerBuilder found that 30% of all employees regularly search for jobs and 23% of employees ages 18-34 expect to have a new job by the end of the year. Employers must take action to reduce turnover and encourage a stronger commitment to their organizations. Here are some vital employee retention strategies every organization should practice:

END_OF_DOCUMENT_TOKEN_TO_BE_REPLACED

Employee Retention: Keeping Your Employees in 2015 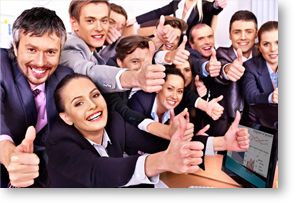 END_OF_DOCUMENT_TOKEN_TO_BE_REPLACED

Gap Ads: A Lesson in Diversity and Inclusion Training

Earlier this month, Gap featured a young girl in a wheel chair in an advertisement (featured to the right) for their fall children’s collection. The use of this child in the clothing advertisement not only attracted children with disabilities and parents of children with disabilities, but also anyone with an understanding of the importance of diversity and inclusion. According to author, T. Hudson Jordan of the Diversity Journal, diversity is “all the ways we differ” and inclusion “puts the concept and practice of diversity into action.”

END_OF_DOCUMENT_TOKEN_TO_BE_REPLACED

Posted by Berkshire Associates on October 17 2014 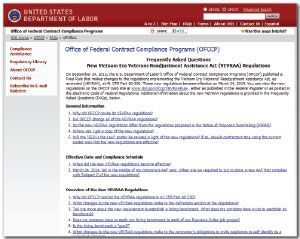 As part of its on-going effort to provide guidance to the contractor community, OFCCP has posted two new Frequently Asked Questions (FAQs) regarding Section 503 of the Rehabilitation Act of 1973 (Section 503)  and the Vietnam Era Veterans’ Readjustment Assistance Act (VEVRAA). These laws prohibits federal contractors and subcontractors from discriminating in employment against individuals with disabilities (IWDs) and protected Veterans, and requires these employers to take affirmative action to recruit, hire, promote, and retain these individuals.

END_OF_DOCUMENT_TOKEN_TO_BE_REPLACED
All Posts Next Page