Every 10 years, the Census Bureau conducts a count of the number of people living in the US. This co... 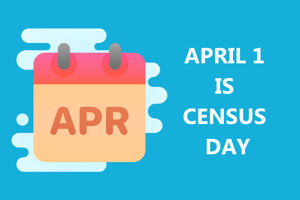 Every 10 years, the Census Bureau conducts a count of the number of people living in the US. This count is constitutionally required and has been conducted since 1790. April 1, 2020 marks only the 24th time the country has tried to count the number of people living within its borders. The results of the census determine how many Representatives each state has, how many electoral votes, and how much money is provided to each state when the federal government makes allocations for healthcare, infrastructure, emergency responders, and schools. This data is not used in the development of AAPs – that data comes from the American Community Survey, that is conducted every year and includes questions about the type of work performed by each person in the household.

Previously, the Trump administration proposed adding a citizenship question to the form, but that question was blocked by the court system. The census form can be completed online, by mail, or in person and includes basic information about the people living in the household – name, race, gender, and date of birth. A sample version of the census form is available here and it is estimated to take about 10 minutes to fill out the form for a family of four.