Communicate With Candidates as if They Were Employees

If the HR department exhibits crass behavior in the hiring process, it could ultimately reflect poor...

Posted by Berkshire on January 5 2016

If the HR department exhibits crass behavior in the hiring process, it could ultimately reflect poorly on the business as a whole and negatively affect the bottom line. Connecting with rejected candidates is just as 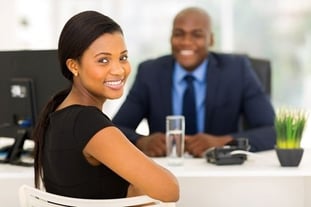 important as communicating with those who will be hired.

The numbers behind volume recruitment
A recent study produced by CEB, a membership-based, executive management advisory group, shows that 26 percent of all candidates say they’ve had a bad recruitment experience. This is an easy number to initially shrug off and chalk up to the candidate losing out on the job, but the idea changes when that number is viewed in the light of a massive corporation.

“Just 14% of U.S. workers think companies are responsive in the hiring process.”

Take for example a publicly known company that operates food stores nationwide, and employs about 50,000 workers at a given time. CEB pointed out that normal turnover in the industry would require around 6,700 employees annually to supplement the loss. Middle-of-the-road estimates for applications per opening would be somewhere around 45, meaning HR would receive 301,500 résumés a year.

Breaking down the math even further, that’s 75,375 candidates that could ultimately feel upset about the experience they’ve had with the company, based on the percentage of people who have a bad recruiting experience. According to CEB, not only will 1 in 5 despondent candidates stop using the company’s product, but 33 percent of the same number tell their friends about their bad experience, and 12 percent share it on social media. Soon the numbers start adding up and, in this situation, that means a loss of roughly $4 million annually.

Sometimes it isn’t about what the company is doing, but rather what it isn’t doing. Just 14 percent of U.S. workers find employers to be responsive in the recruitment process, and only 51 percent of candidates expect to receive an email notifying them the position has been filled, according to Career Builder. All in all, public perception of HR departments seem to be lumped together into the same pile of unresponsive entities detached from the process.

How to get around it
Losing customers based on internal procedures going awry can be deflating, to say the least. Ignoring candidates or failing to send simple responses to them can quickly ostracize potential employees and customers.

As CEB pointed out, larger companies tend to have more turnover than smaller firms, which means they also receive more applications. If a company were to receive 301,500 résumés in a year that would mean HR is tasked with reading roughly 825 each day. Using an applicant tracking system (ATS) across the department can ultimately bring collaboration and efficiency to a process that can become laborsome and allow people to fall through the cracks. Rather than handpicking through each résumé to find keywords that hold merit, the ATS can be calibrated to detect these words as the résumés roll in. The saved time can find its way back into the communication portion of the process, and HR will have more time to send emails and make phone calls to candidates.

If a candidate doesn’t receive any acknowledgment the employer received his or her résumé, it can ultimately affect the company’s image and finances. The numbers from CEB and Career Builder highlight the major public perception that firms rarely respond, and ultimately care little about the candidate’s stake in the hiring process. A firm can stand out to its candidates and customers when its recruiting process is streamlined, they have been treated with respect, and an effort was made to reach out to even those who didn’t get an interview. People treated with respect are more likely to remain customers.