Hillary Clinton vs. Donald Trump: Jobs and the Economy

The economy and employment are forever intertwined. When the unemployment rate is low, and wage grow...

The economy and employment are forever intertwined. When the unemployment rate is low, and wage growth is 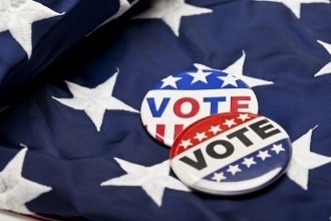 up, the tickers on the New York Stock Exchange seem to stay green. When situations like 2008 happen, then everything takes a nosedive.

When the next President of the United States takes office, their policies on employment and the economy are bound to impact the human resources industry. Here's how:

Hillary Clinton, Dem.
The former Secretary of State doesn't dance around tough questions as much as her opponent. She claims her experience in positions of power bodes well for a fragile American economy, where an interest rate hike from the Federal Reserve could come any month now.

Clinton's stance is to improve union power and overtime rules, according to her website. To do this, she will look to raise the minimum wage across the board and improve standard employee benefits, like parental leave, sick days, and affordable health care. All these changes will undoubtedly have an effect on HR departments as they will need to keep in tune with changes to update benefits packages accordingly.

A number of industrial jobs have gone overseas over the last few decades, and Clinton wants to bring them back. Her website reported one of her key investments will be made in manufacturing, a sector that has continually dropped in employment over the last few years. It also reports her goal is to create strong incentives to keep jobs stateside and to invest in clean energy.

Small businesses may benefit under Clinton as she looks to "cut some of the red tape" that keeps them from entering new markets with heightened competition. Her website also explains she will provide tax relief for small businesses as well. If this happens, HR departments within these companies should be able to expand their operations.

Donald Trump, Rep.
The real estate mogul has also given some insight into his goals for the economy and employment.

A major point of contention in this election is Trump's "wall," which he claims will be paid for by Mexico. According to the Washington Post, the cost of said wall has yet to be determined, as Trump estimated it could cost anywhere between $4 and $12 billion. Using another Washington Post article, television show host John Oliver suggests it could cost up to $25 billion to build, and even more to maintain. This would undoubtedly create jobs in the short term, but Trump has yet to define how many exactly and just how it would impact the economy.

Trump's website reports the candidate will declare China a "currency manipulator" in an effort to open negotiations for tariff reform with the country. Trump will also do the same with Mexico.

Trump's website also notes he will reduce corporate tax to 15 percent, a tactic similar to trickle-down economics. The candidate believes this will keep more companies onshore, which will in turn help to stabilize the economy.

The verdict
Ultimately, each candidate will have a different impact on HR departments across the nation. Clinton's goals seem to favor blue-collar professionals, while Trump's support white-collar workplaces. The end result each is looking for, though, is a stronger U.S. dollar, lower unemployment rate, and higher monthly average wage growth.