Pay equality and “living wages” continue to be an important issue in the United States. Under the Fa...

Pay equality and “living wages” continue to be an important issue in the United States. Under the 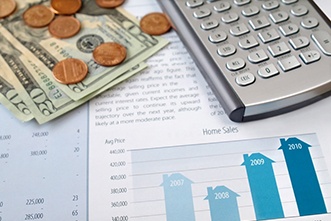 Below is a list of states that are scheduled to have minimum wage rate increases this coming January:

Many states adjust their minimum wage rates annually based on inflation. Some of these states are Alaska (the rate will go up in January 2017 but final amount has not been released), Arizona, California, Colorado, Florida, Missouri, Montana, Nevada, New Jersey, New York, Ohio, Oregon, South Dakota, Vermont, Washington, and Washington D.C. Some states increase their minimum wages at different times throughout the year—Maryland, Oregon, and Washington, D.C., for example, make minimum wage changes at times other than the beginning of the year. Be sure to check the states, cities, and counties where your organization operates to ensure you have the most up to date wage increases.

Numerous counties and cities across the country have adopted their own minimum wage rates higher than the state and federal requirements. Some examples include San Francisco, California;

(1) A procurement contract for construction covered by the Davis-Bacon Act (DBA);

(2) A contract for services covered by the Service Contract Act (SCA);

(3) A contract for concessions, including any concessions contract excluded from coverage under the SCA by Department of Labor regulations at 29 CFR 4.133(b); or

(4) A contract in connection with federal property or lands and related to offering services for federal employees, their dependents, or the general public.

Erin Kwiatkowski is a leading Human Resources Consultant. With over eight years in the industry, Erin has helped hundreds of clients meet their HR goals.