Trump Nominates CEO of CK Holdings for Secretary of Labor

Posted by Berkshire on December 8 2016 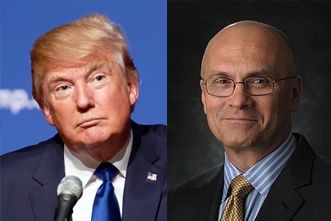 Secretary of Labor. Mr. Pudzer currently serves as CEO of CKE Restaurants Holdings which is the parent company of Carl’s Jr., and Hardees. Most notably, he opposed efforts to expand overtime eligibility because of its negative impact on small businesses. He has been a proponent of limiting minimum wage increases to no more than $9/hour and has been a critic of the Affordable Care Act. This selection has followed the pattern of President-elect Trump’s preference to place members of the business community among his cabinet rather than candidates with more government experience.