In a single hiring campaign, countless hours and manpower go into finding the perfect person for the...

In a single hiring campaign, countless hours and manpower go into finding the perfect person for the role. 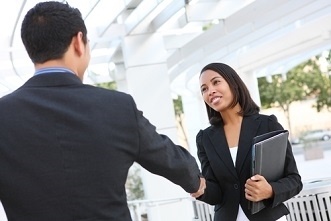 Sometimes you hit a home run, and occasionally you strike out.

If you haven't thought about the real cost of striking out, then you may keep going up to the plate with the same approach. Here are a few reasons to switch your style as your HR department gears up to find its next highly-talented candidate.

The true cost of a bad hire
First and foremost, turnover is an expensive struggle for companies. Multiple sources peg the cost of a bad hire at roughly 30 percent of what lost employees would make in their first year. This stems from cost to recruit, to train, and other benefits that have to be delivered.

According to Robert Half, 41 percent of HR professionals believe the cost of a poor hiring decision is usually estimated to be in the thousands. This can cripple a business rather quickly if it's trying to fill a large number of positions all at once.

"A bad hire can cost a company in more ways than one."

HR is a costly department, but the ROI developed from it can propel a company ahead of its competitors, Career Builder reported. Bad hiring decisions make it an even more expensive endeavor, and remain the No. 1 reason why companies should change their approach if they find themselves entrenched in high turnover rates.

In the same vein, office morale is integral to a well-run team. Constant changes in key positions can severely detract from more important topics, like developing special projects, ensuring daily tasks go off without a hitch, and creating camaraderie within a department. If new hires are constantly being shuffled around, there's no cohesive structure to work with.

As Robert Half pointed out, poor hires can't simply be put in another position that suits their skill set better. In the modern working age, you're often asked to do more than what was on the job listing in order to help your company stand out in the industry. With the amount of streamlining in place for efficiency, one loose bolt can cause a breakdown in communication and deliverables.

Reverse the curse
Manual hiring processes can be arbitrary at times. Without an objective approach to reviewing résumés, qualifications can go underappreciated or completely ignored. Slow response times can also deter otherwise highly valuable applicants from a position, even if no one is to blame.

An applicant tracking system (ATS) can create an effective, objective based hiring process that allows HR departments to implement lessons learned from past hires into future decisions. Consider, for example, an applicant with a number of qualifications that was later found to be less valued once on the job. An ATS gives recruiting specialists the ability to rank résumés as they file in for a job listing based on keyword criteria.

By taking the subjective part out of the process, companies can easily identify top candidates and quickly send out email responses and invitations for interviews. HR departments can keep their budgets in the black by leveraging an ATS to safeguard against mistakes that tend to result in a high turnover rate, and in turn, create a pipeline of viable talent.