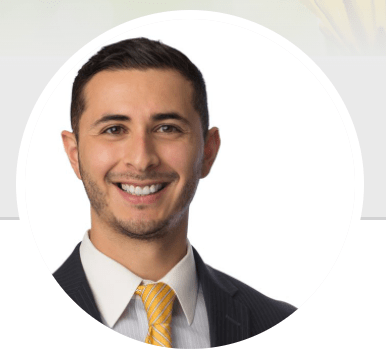 The U.S. Women’s National Team (USWNT) have come to a partial agreement in their lawsuit against the U.S. Soccer Federation in relation to their claims of unequal pay and working conditions. In December 2020, an agreement was announced to avoid trial on claims of violation of the Title VII portion of the claim, although this does not resolve the lawsuit that was filed in March 2019. In May 2020, a Federal district court judge in California granted summary judgement to the U.S. Soccer Federation in those claims, although the players have signaled their intent to appeal the decision under the Equal Pay Act.

The full terms of the recent settlement have not been released, but the proposed settlement includes an agreement by the U.S. Soccer Federation to provide an equal number of charter flights as well as comparable hotel accommodations, according to sources at ESPN.

The Federation will also create a new “Senior National Team Professional Support Policy” that will provide equality of staffing and flexibility for each team’s specific needs. In addition, the settlement implements a change to the venue selection policy, which will provide equally acceptable venues and field playing surfaces for the teams. The commitment to providing the same playing surfaces to both teams is important because the quality of the playing field has a direct correlation with injury occurrences.

The U.S. Soccer Federation has undergone changes at the top level - Cindy Parlow Cone replaced Carlos Cordeiro as President, after Cordeiro resigned because of backlash from the language used in initial court filings. Parlow Cone appointed a new CEO and has committed to a new approach at the Federation. However, Parlow Cone has highlighted that the Federation is not able to change the prize monies awarded, pointing out that the USWNT received $4 million for winning the 2019 Women’s World Cup while the French National Team earned $38 million for winning the 2018 Men’s World Cup.

While acknowledging that the partial settlement is a step in right direction, the players remain committed to their main objective, which is to seek equal pay as they understand the impact this decision will have on future generations of players.

The U.S. Women’s National Team (USWNT) suffered a legal blow with their lawsuit against the U.S. Soccer Federation after a federal judge dismissed key arguments of the lawsuit seeking compensation equal to the men’s national team. The judge ruled against the notion that the women receive less pay than the men because of the difference in negotiated compensation structures. The judge also dismissed the argument of unequal working conditions regarding the number of games competed on turf versus real grass pitches. A number of studies have shown that turf surfaces increase the risk of injuries, and the women’s team competes on turf more often than the men’s team.

The USWNT have filed two motions to continue the legal battle. The first motion is to postpone the trial scheduled to start on June 16 as it would afford them more time to consolidate their points. The second motion is to be able to appeal last week’s ruling against their Equal Pay Act claims.

Experts recommended the USWNT reframe arguments and determine if there is more evidence their players have been undervalued by the U.S. Federation. One of the complications in the lawsuit is that the women’s team had pushed for guaranteed pay as part of compensation, whereas the men’s compensation is based on a “pay-to-play” structure. The USWNT pushed to have a compensation structure that guarantees pay regardless of number of matches, and this approach stems from the pay discrepancies of women and men at the professional club level. This difference in structure complicates a direct comparison between the compensation that the national teams receive. The experts recommended that USWNT shift focus to what the men would make if they were as successful as the women’s team, and away from what the women would make under the men’s compensation structure.

The ruling eased the pressure on the U.S. Soccer Federation after legal arguments highlighted that “women were rightfully paid less because they have less skill than male players and the men’s game is more challenging”. This claim was made despite the USWNT’s success and the fact that both genders play 90-minute matches. It is interesting to note that in world level tennis, women have earned the same payouts as men in tournament play for more than a decade. The matches are played under different structures for the genders, with women competing for the best out of 3 sets and men playing to 5 sets. We will continue to provide updates on this high profile pay equity case.

With four years under his belt working in the affirmative action space, Rene is particularly adept at navigating issues as they relate to diversity and inclusion and OFCCP audits.