What Each Military Branch Says About Veteran Candidates

Depending on their branch, different Veterans may have different character traits—but all of them va... 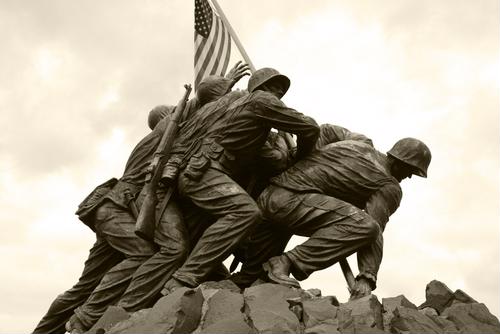 Depending on their branch, different Veterans may have different character traits—but all of them value honor, respect, loyalty, courage, and hard work.

People tend to lump Veterans into one single category, but in reality, Veterans are as diverse a demographic as there is. That’s because military personnel tend to come from all different types of backgrounds and regions. However, there is another aspect of the military that distinguishes one Veteran from the next: branch.

Each military branch plays a critical role in protecting U.S. interests, but they do have different functions. As a result, Veteran candidates from the Air Force might be of a different mentality than those from the Coast Guard or the Army, for example. Employers that recognize the unique benefits and attributes of specific military branches will have a better chance of knowing what those individuals can bring to their organization. Read on to learn more about the characteristics of Veteran candidates from different branches.

“Employers should recognize the unique benefits and attributes of specific military branches.”

Army
The U.S. Army is the largest military branch and, as a result, will have the widest variety of characteristics. However, the Army can be considered the standard to which other branches can be compared—not because one is inherently better than the other, but because Army values apply to most other military servicemen and women. According to GoArmy.com, the Army values loyalty, duty, respect, selfless-service, honor, integrity, and personal courage. All are traits that would apply well to any civilian job.

Navy
For members of the Navy, one of the most common traits is their willingness to help one another at any cost, reported Forbes. In addition to the loyalty, courage, respect, and other traits that define military service, Navy Veterans, in particular, recognize how important it is for each member to succeed. Everyone’s job gets easier if each person can be successful.

Marine Corps
Marines are, in many ways, among the most poised and proud members of the armed forces. As such, Marine Veterans tend to make excellent leaders: They know how to make decisions in the face of high pressure, and if they feel concerned or anxious they never show it. Instead, they keep their bearings in front of their teams and make sound, reasonable judgment calls, according to Task & Purpose.

Air Force
To be a pilot in the Air Force, you must have a high level of technical mastery, solid nerves, and quick thinking, Tally One explained. There isn’t much time to make sense of the massive panels of controls—pilots have to know what to do instinctively and react immediately. For high-stress jobs that require robust cognitive ability, airmen and women are ideal.

Coast Guard
The Coast Guard stands apart from the other branches because it is more concerned with protecting the nation’s borders and territories than with expeditions abroad. As a result, Coast Guard members are fiercely loyal and value their homes and territory. They will stick by their employers through thick and thin, providing excellent service when the company needs it most.

Each branch takes on those same Army traits, but each has its unique characteristic, too. For employers seeking Veteran talent, it may take more than the typical job posting and social media recruitment. Veterans may be part of specific networks or job boards, and applicant tracking software can help HR professionals identify these resources and allow Veterans to apply easily.

Knowing a little bit about each branch can also help HR professionals understand how a particular Veteran may be well-suited for one role or another. It’s akin to learning about a candidate’s experience in a particular field—for Veterans, the military is their experience, and their branch can offer insight into their personality.