Craig Leen has moved from Acting Director to Director of Office of Federal Contractor Compliance Pro... 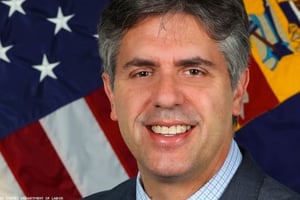 Craig Leen has moved from Acting Director to Director of Office of Federal Contractor Compliance Programs (OFCCP) as displayed on OFCCP’s website and confirmed by a Department of Labor spokeswoman. Mr. Leen has served as the Acting Director of OFCCP since August 2018. In the past few months, Director Leen has overseen the release of several directives and has shifted the agency towards conducting focused reviews. He has also identified four points of focus that will provide a road map for the agency’s movement in 2019:  (1) transparency (2) certainty (3) efficiency, and (4) recognition. The year 2019 will be a year of changes for contractors under Director Leen – and Berkshire will keep you up to date on this blog. Subscribe today to stay updated!