Confirmed and Anticipated Changes for the 2020 Census and Beyond

It is almost time for the decennial census. While this survey of the American population is no longe... 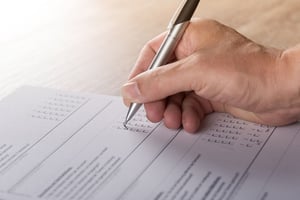 It is almost time for the decennial census. While this survey of the American population is no longer used specifically in Affirmative Action Plans, some area of controversy surrounding the Census may make their way into the requirements for federal contractors—or at least for employers as the workforce continues to become more diverse. While this post discusses possible changes, it’s important to note nothing is final as of this writing, as at least six lawsuits are currently challenging the 2020 census form.

The most controversial portion of the 2020 census form is a question about U.S. citizenship. Last asked in the 1950 survey, the question “Is this person a citizen of the United States?” is set to make a comeback on the upcoming form. This information is already collected on the American Community Survey and allows contractors to narrow the workforce statistics to just citizen when it’s appropriate, for example, if the positions require a security clearance.

Some groups are against the citizenship question and have challenged it in court, saying it will decrease responses from groups not in the country legally. Since the census is used to determine everything from the number of representatives in the House to transportation, education, and Medicaid monies that flow from the federal to the state level, advocates are keen to count everyone in the country when the census form is mailed. This question was added at the request of the Justice Department, which indicated it is needed for enforcement of the Voting Rights Act, which prohibits discriminatory voting practices or procedures. Those in favor of adding the question contend that it should not have an impact on responses and point to the 72-year rule, which maintains that no individually identifiable information can be used or released within 72 years of the year it is collected.

The second controversial addition to the form is not challenged in court and is aimed at tallying the number of same-sex couples that are married in the United States. The new form will ask respondents to categorize their relationship status as follows:

“Unmarried partner” was introduced as a marital option in 1990, and the 2000 and 2010 forms included a question about same-sex couples. Most LGBT groups have welcomed this change to provide a better estimate of the population in the U.S., and thus be able to influence policy decisions. Some groups have advocated for an even broader sexual orientation question to accurately capture the number of LGBTQ+ individuals in the U.S., pointing out these questions will only count those in a relationship in the 2020 Census.

Although a broader question is not likely to be included in this survey, a group of Senators has introduced a bill to include that question starting in 2030. Those in support of the bill indicate that asking the question will allow greater access to social services like Medicaid, federal housing vouchers, and nutrition programs for young children. They indicate that capturing information on this population in greater number will result in more support in employment and other discrimination charges in the court system. Some privacy groups indicate concerns that collecting this information before a federal non-discrimination law is enacted could suppress identification levels.

One other item that has already been rejected for the 2020 Census is the addition of a “Middle Eastern” race. While we will continue to monitor these updates, Berkshire does not anticipate changes to the data available for availability calculations in the coming years and contractors should continue to solicit race information in the current two-question format.

Source: Some information included from the article located here.