The central issue, in this case, is that while training for a tandem sky-dive, Donald Zarda, a long-... 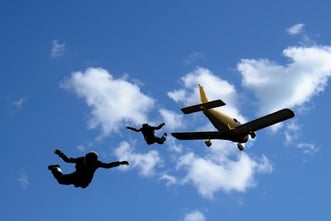 The central issue, in this case, is that while training for a tandem sky-dive, Donald Zarda, a long-time sky-diving instructor, revealed to one of his female students he was gay. He said that he did so to alleviate any discomfort she was feeling because of the close physical contact required for the jump. After the exercise, the customer told her boyfriend what Mr. Zarda had revealed to her. The boyfriend called Mr. Zarda’s employer, Altitude Express, and recounted the conversation, after which Mr. Zarda’s employment was terminated. The New York Circuit Court of Appeals ruled that this was discrimination on the basis of sex in violation of Title VII of the Civil Rights Act.

The case is interesting because federal agencies argued both sides of the issue. The EEOC argued that federal law prohibits employers from discriminating against gay employees. Whereas, a deputy assistant attorney general with the Department of Justice argued that sexual orientation was not included in the meaning of “sex” in the law that prohibits discrimination based on “race, color, religion, sex, or national origin.”

Eventually, the issue of LGBTQ employees’ protection under federal law will need to be resolved at the Supreme Court level, and there is no indication when that might happen. Unfortunately, Mr. Zarda was not able to see this victory at the Circuit level, as he died in a BASE jumping accident in 2014.