When beginning a proactive pay equity with each new client that I work with, I am always asked the s... 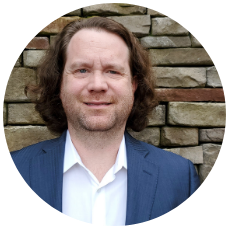 When beginning a proactive pay equity with each new client that I work with, I am always asked the same question: how would this be different if we were involved in active litigation? The easiest answer to this question is: Perspective and goals.

If I’m the expert helping your organization through an OFCCP audit, plaintiff’s complaint, or EEOC inquiry, we are working in tandem with your attorney and organization to eliminate or minimize risk to the organization. We will not “cover-up” or “hide” any legitimate claims or differences only explainable by demographics; however, we will work diligently to identify all job-related and reasonable reasons as to why individuals/groups at your organization have had pay actions.

If you trust in Berkshire and myself to help you with a proactive pay equity, our typical goal is to ensure that we are assisting you in 1) Identifying a robust methodology for the creation of similarly situated groupings. 2)Creating/updating/maintaining an objective compensation philosophy for each one of the groupings. 3)Eliminating the “wobble” that subjective decision making has created through providing compensation adjustments in response to both the organization’s desire to have a transparent pay philosophy and also any indications of disparity risk. Typically, a proactive pay equity tries to correct for many defensive strategies to ensure a consistent application of the organization’s policies and procedures for pay.

To better explain these two differences, below is an example in how we would recommend handling a defensive vs proactive project using the same circumstances/background:

Example Background – The client’s internal legal representation and compliance/compensation HR team members were all relatively new to the organization and did not know many of the historical artifacts and decisions made prior to their tenure. When reviewing one of the PAGs identified by both the organization and OFCCP there was significant potential disparity for gender with women getting paid more then 3 standard deviations less than men after controlling for all “known” job-related factors. Reviewing for outliers, unicorns, and other strategies provided no assistance. Finally, a long-tenured organization leader was brought inside privilege and provided a historical insight that occurred more than 4 years prior to the OFCCP’s audit. The organization no longer had this contract, however, in previous years employees were asked to volunteer for a project that required the use of heavy machinery and explosives and approximately half of the employees who were in this grouping volunteered to receive the training from the FBI and work on this contract. Additional pay was provided to these employees due to the hazardous nature of their additional duties and this pay was not removed when the project/contract was completed. Over 90% of the volunteers for this special project were men and the company could prove that equal opportunity and the knowledge that it would come with additional pay was communicated to all eligible employees.

Defensive Strategy – Creation of a dichotomous variable that explains this history. In this case, working with heavy machinery and explosives would be an obvious job-related reason that these employees made additional pay at one time, and an easily defensible reason as to why that pay was not removed. They still had the certifications from the FBI so that if the organization did sign another similar contract in the future, they had a group of qualified and certified individuals on staff and would not need to train or hire. Once this dichotomous variable was added to the analysis, the risk associated with gender for this PAG was eliminated. Whether or not the company would ever bid on a similar contract related to the use of explosives was not material.

Proactive Strategy – The first step would be to understand whether the organization planned on bidding on a similar contract in the future. In this case, the answer was no. Second, a market analysis would be done on the positions to determine what the actual range of pay should be relative to the market. Once that is determined, the goal is to now eliminate the differences between the two compensation philosophies for this PAG (i.e., eliminate the historical reasons people were paid differently due to working with explosives and heavy machinery). To do this, we would identify that market forces had caught up with the explosive/heavy machinery grouping and they were paid appropriately given their experience, education, etc. The second group would be provided with a market adjustment to align them with the external market. This process would result resulted in a strong compensation philosophy that equally applies to all members of this PAG. Any pay increases would not be provided to remove disparity, but to ensure that all employees were being paid according to recent market forces and as a strategy to retain employees.

Discussion – Despite their similarities in process, proactive pay equity and defensive strategies can greatly differ in what is considered as job-related. Defensive strategies are designed to explain historical differences such as acquisitions, mergers, prevailing wage, and organizational decisions similar to the one described above. Proactive pay equity usually has the goal of having an objective and transparent philosophy that is forward-looking. It doesn’t mean that additional unique situations will not come up, but since proactive pay equity is ongoing and malleable to meet the organization’s needs it can be quickly adjusted and updated to match those changing goals and circumstances.

Thomas Carnahan is Berkshire's Compensation Services Manager. He has a Ph.D in I/O Psychology from Capella University.