Three Tips to Speed Up the Lengthy Hiring Process

The job hiring process in the United States has been trending towards becoming a lengthier procedure...

The job hiring process in the United States has been trending towards becoming a lengthier procedure, but for some employers it could be because of their lack of an applicant tracking system (ATS). According to a

study published by Dr. Andrew Chamberlain in 2015, the average time it takes to hire a prospective employee for a new company is now 22.9 days—a far cry from the 12.6 days it took in 2010.

“The big picture reason, I believe, is because of the economy-wide shift toward higher skilled jobs that require more judgment and creativity and the decline in routine jobs that are easy to automate,” Chamberlain said to Forbes. “You have to more carefully screen employees.”

Every company has its way of doing things and, whether the process involves a panel interview or a timed skill test, it can always be improved.

Quickly aggregate data
One of the issues slowing down the hiring process, as Forbes pointed out, is the many corporate layers a résumé has to travel through. This can mean wasting more time on moving documents than actually spending time doing what’s important—reading résumés. An ATS efficiently categorizes pertinent data to the hiring process and allows employers to weed out the fluff.

For example, a larger corporation would be able to leverage an ATS to sift through keywords relevant to the successes applicants have had at their previous jobs, or indicative of their experience in a certain field. Extra time spent during the hiring process ultimately means a delay in filling the position, which can lead to lengthy vacancies and inhibit the overall production of a company. 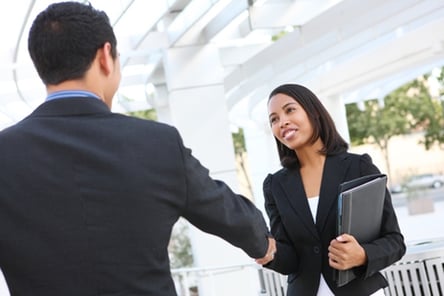 The hiring process can be complicated at times, but the proper organization can speed it up without watering it down.

Understand which part of the process is most important
After posting an available job, take a minute to sit down and work out which element of the procedure means most to the company. The length of time it takes to choose an applicant can have human resources walking a fine line.

“Consider which part of your hiring process is most valuable.”

“Longer hiring delays are a two-edged sword,” Chamberlain told Forbes. “They can be inefficient and cost employers and job seekers money, but on the other hand taking longer to hire ensures a more carefully selected candidate.”

If the supplemental aptitude test given to employees after an in-person interview isn’t given the same weight as other factors but is drawing out the process for several days, consider if it’s vital to hiring employees.

Stash away potential hires
Sometimes the decision comes down to two well-qualified candidates—but only one of them can get the job. Keeping a list of applicants with résumés that stood out during the hiring process can make the next hire much quicker, according to Recruiter.

Though there’s no guarantee they haven’t already found a job, it’s still worth it to check in with them. Employers have already spent the time interviewing them and reviewing their résumé, so it makes sense to skip the lengthy procedure associated with new hires if you’ve already found someone who fits the bill in the past.