Prior Salary Can’t Justify Wage Differential Based on Gender

In a closely-watched case, on April 9, the Ninth Circuit held in an en banc decision that “prior sal... 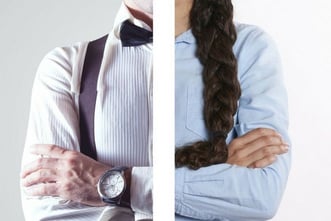 In a closely-watched case, on April 9, the Ninth Circuit held in an en banc decision that “prior salary alone or in combination with other factors cannot justify wage differential” between employees of the opposite sex under the federal Equal Pay Act.

The Equal Pay Act prohibits employers from paying women at a rate less than men for equal work for jobs that require equal skill, effort, and responsibility, and which are performed under similar working conditions, except where such payment is made pursuant to a seniority system; a merit system; a system which measures earnings by quantity or quality of production; or a differential based on any factor other than sex.

The recent en banc Rizo v. Yovino decision overruled an earlier Ninth Circuit ruling in Kouba v. Allstate Ins. Co (1982), which held that prior salary was a permissible factor under the Equal Pay Act since prior salary was a “factor other than sex.”

Plaintiff Aileen Rizo, a math consultant, sued Fresno County Superintendent of Schools Jim Yovino alleging that the district’s pay practice—paying new hires slightly more than what they earned in their prior job—results in illegal pay gaps.

The school argued that prior salary is a “factor other than sex” and therefore a permissible reason for any current wage difference under the Kouba decision. The en banc panel disagreed, finding that Congress meant for the act to correct pay practices where women were paid less than men for the same work, and it was “inconceivable that Congress meant for salary history to be a “factor other than sex.” Judge Reinhardt held, for the majority, that “by relying on prior salary, the county fails as a matter of law to set forth an affirmative defense.”

Judges M Margaret McKeow and Consuelo Callahan agreed that salary history should not influence employees’ pay; however, Judges McKeown and Mary Murguia worried that the majority misread the Equal Pay Act and worried the decision also means women cannot use salary history to negotiate better pay. Judge Paul Watford argued against the majority’s finding salary history can never be a “factor other than sex.”

While Rizo’s attorney, Daniel Siegel of Siegel & Yee, called the ruling an “excellent and important decision,” Fresno attorney, Michael Woods of McCormick Barstow Sheppard Wayte & Carruth LLP, disagreed with the Ninth Circuit’s ruling and said Fresno would appeal to the U.S. Supreme Court. This case, along with the increasing number of states and localities implementing some form of salary history ban, is something for employers to watch closely in 2018.