Equal Pay Act Update: Can Salary History be a “Factor other than Sex?”

The use of a previous salary as a factor in setting starting pay has been a frequently debated topic... 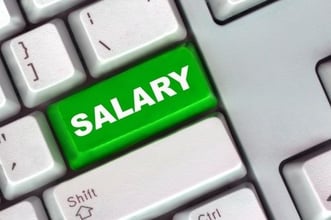 The use of a previous salary as a factor in setting starting pay has been a frequently debated topic. Many groups have argued that using pay history in setting starting pay has the risk of perpetuating pay discrimination that may have occurred in previous jobs. Some states are considering legislation that would ban employers from asking about previous pay and, in 2016, Massachusetts became the first state to ban asking about pay history. The issue is under current scrutiny in the case of Rizo v. Yovino. The United States Court of Appeals for the Ninth Circuit recently held that prior pay could be used as a defense for a pay disparity in certain circumstances because it is a factor “based on any other factor other than sex” under the Equal Pay Act (EPA). In the newest twist, the Equal Employment Opportunity Commission and employee advocacy groups recently asked the Ninth Circuit to revisit its decision, arguing that reliance on prior salary “perpetuates” what the EPA sought to correct.

The case involves Aileen Rizo, a Math Consultant for Fresno County in California. In 2012, Rizo, a female, discovered she was being paid less than her male counterparts. The county explained that it uses a standard salary schedule for setting starting pay for all management level positions. The schedule, which uses the employee’s previous salary and adds 5%, was used to determine the starting pay for all Math Consultants. Dissatisfied with the County’s explanation for the difference in pay, Rizo filed a lawsuit under the EPA. The county acknowledged that Rizo was paid less than her male colleagues but argued that prior pay was “based on any other factor other than sex,” and therefore, under the EPA, the wage disparity is permitted. Under the EPA, a wage disparity is permissible based on one of four exceptions “1) a seniority system, 2) a merit system, 3) a system which measures earnings by quantity or quality of production, or 4) a differential based on any other factor other than sex.”

Initially, a lower court found that prior pay could not alone constitute a “factor other than sex” since by only using prior wage rates there is the risk the employer will perpetuate a disparity between men and women. On this basis, the lower court denied the County’s motion for summary judgment. On appeal, however, the Ninth Circuit determined that existing case law (Kouba v. Allstate Insurance) did not expressly prohibit the use of prior pay as a “factor other than sex.” The court held that, as long as the employer can show that the use of prior salary “effectuate[s] some business policy” and the employer “use[s] the factor reasonably in light of the employer’s stated purpose,” it can be used as a sole factor “other than sex” to explain differences in pay. The county provided four business reasons to defend its use of the pay schedule, including that it is objective, encourages candidates to work for the county, is consistent, and is fair to taxpayers.

It appears this issue is far from being settled. With more states and localities considering bans on asking about prior salary during the hiring process, and the ninth circuit case far from resolved, employers should continue to monitor developments closely. Employers who currently ask candidates about previous pay should take steps to educate managers about this emerging issue, to understand how previous pay information is used, and should evaluate how starting pay is determined for employees on a more global basis.

Katie Johnson, PHR, SHRM-CP is a Senior HR Consultant at Berkshire Associates Inc. With a comprehensive understanding of the inner workings of Office of Federal Contract Compliance Programs (OFCCP), Katie regularly advises her clients in the area of affirmative action and diversity.