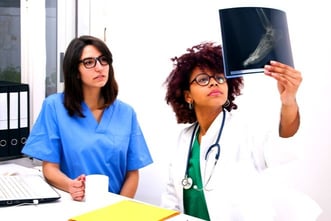 The Office of Federal Contract Compliance Programs (OFCCP) recently entered into a conciliation agreement with The Nebraska Medical Center to settle allegations of hiring discrimination against African American applicants for Psych/Clerk Patient Care Tech and Clerk/Patient Care Technician positions. The conciliation agreement also states the contractor did not complete a thorough analysis of its complete employment process for these positions, and failed to identify which step in the process was creating a barrier to equal employment opportunity. Additionally, OFCCP found that The Nebraska Medical Center did not demonstrate good faith efforts to remove any barriers, or implement an internal audit and reporting system that would monitor personnel activity. Technical violations were also included in the conciliation agreement. OFCCP alleges that the Nebraska Medical Center did not record all applicants for these positions on its applicant log, did not use accurate disposition codes, and failed to preserve personnel and employment records for the required length of time.

This settlement serves as a good example of the extreme length of time that OFCCP audits can last. The conciliation agreement states the review period was July 1, 2007 through June 30, 2008. The Notice of Violations was issued in April 2014, with an amended Show Cause Notice issued in June 2016. This conciliation agreement was signed in April 2017, almost 10 years from when the reviewed period started and the discrimination allegedly took place. Contractors should be aware that compliance reviews can last for many years, and should take the potentially large allocation of time and resources into consideration when developing audit defense strategies.

Do you want to protect your company from discriminatory hiring processes and the resulting liability? Contact Berkshire Associates today for support in analyzing your workforce the right way.