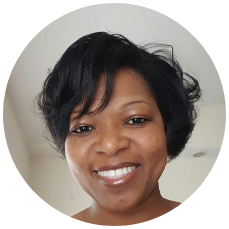 A graduate of Dallas Baptist University and University of Texas at Arlington, Collins has been with OFCCP for over 20 years. Collins has served as a Compliance Officer in the Dallas District Office, Assistant District Director of the Houston District Office, Acting Director of Regional Operations in the Midwest Region and Director of Regional Operations in the SWARM Region. She also served 10 years in the United States Armed Forces. Ms. Collins completes the slate of six Regional Directors for OFCCP and positions the agency to move full steam ahead with compliance in 2021.

Tamanda joined Berkshire in June 2020 as a Senior HR Consultant, after serving as an Affirmative Action Specialist for Tyson Foods for almost 14 years. She prepares the full range of Affirmative Action (AA) and Equal Employment Opportunity (EEO)analyses for Berkshire’s outsourcing clients, based on prior experience on the client side