In May 2018, OFCCP entered into a conciliation agreement with Five Star Quality Care (dba Meadowmere... 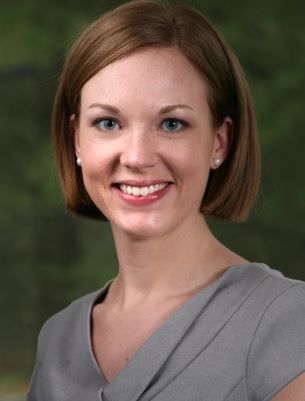 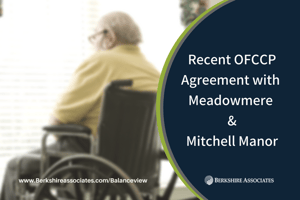 In May 2018, OFCCP entered into a conciliation agreement with Five Star Quality Care (dba Meadowmere and Mitchell Manor) to settle allegations that the contractor failed to hire African-American applicants for Dietary Aides at their West Allis, WI facility. The agency analyzed Meadowmere/Mitchell Manor’s applicant and hiring data during the period of October 2011 through October 2013 and found the contractor’s selection process was ‘subjective and non-uniform’ which resulted in the disproportionate non-selection of African-American Dietary Aide applicants.

While the agency states the overall selection process resulted in a hiring shortfall of six Black or African American applicants at a statistically significant level, they also detail statistically significant adverse impact at multiple steps of the hiring process. OFCCP writes that when they analyzed only the data for which applicants were selected to be interviewed they found the shortfall of African-American applicants for Dietary Aides was seven. The agency contends that Meadowmere/Mitchell Manor had not properly validated the selection of applicants to be interviewed in accordance with the requirements of the Uniform Guidelines on Employee Selection Procedures, 41 C.F.R. Part 60-3.

The conciliation agreement also specifically discusses the contractor’s use of a referral policy and states that OFCCP believes this referral policy directly resulted in the disproportionate non-selection of African-American applicants. The agency writes that the referral policy gave importance and weight “to referrals from existing employees, particularly family members, whether employed at Meadowmere/Mitchell Manor or a nearby Five Star Facility.” OFCCP determined that through this combination of heavy reliance on employee referrals and a non-uniform/non-validated selection process, a class of 44 African-American applicants was discriminated against during the October 2011 – October 2013 review period.

Meadowmere/Mitchell Manor also received recordkeeping and adverse impact analysis violations. Specifically, the conciliation agreement alleges that the contractor failed to maintain all applications and interview notes, and did not maintain records of applicants who applied through the website Milwaukeejobs.com. According to OFCCP, Meadowmere/Mitchell Manor did complete an adverse impact analysis for the overall selection process, which identified statistically significant adverse impact. However, they failed to conduct adverse impact analyses on the individual components of the selection process. This violation is limited to the period of July 1, 2012, through June 30, 2013, which is different than the period referenced in the violation for hiring discrimination.

Additional violations include a failure to list all employment openings during the review period with the state workforce agency job bank, a failure to conduct outreach and positive recruitment activities designed to recruit qualified individuals with disabilities and Veterans.

A variety of remedies, financial and otherwise, are detailed in the conciliation agreement. Meadowmere/Mitchell Manor has agreed to distribute $50,000 in back pay among the 44 class members.They have also agreed to establish a priority employment list for eligible class members who express interest in employment as Dietary Aides with Meadowmere/Mitchell Manor. As positions become available, the company will consider these class members until six are hired into the Dietary Aide position, the list is exhausted, or the conciliation agreement expires, whichever comes first.

Meadowmere/Mitchell Manor has also agreed to stop using any selection procedures or practices that negatively affect the hiring of African-American applicants for Dietary Aide positions.They will create a revised hiring and selection process, create new applicant tracking procedures, and train employees at the facility involved in recruiting, selection, and applicant tracking on these new processes. The contractor has also agreed to monitor selection rates at each step of the selection process for Dietary Aides, and eliminate or validate procedures if they are found to have an adverse impact by race or gender. Additionally, they will maintain and make records related to the adverse impact analyses of the selection process of Dietary Aides at this facility available to OFCCP. Finally, Meadowmere/Mitchell Manor will comply with all recordkeeping requirements, post jobs with the state workforce agency job bank, and undertake appropriate outreach to individuals with disabilities and Veterans.

There are a few key takeaways from this conciliation agreement for federal contractors. While referral programs can be productive components of successful recruitment strategies, this settlement highlights the risks that can accompany them. Federal contractors must be careful to not rely too heavily on referral programs, as employees are likely to refer individuals who are of the same race or gender they are. Depending on the community and types of jobs, this can result in more frequent hiring of individuals of the same race or gender. Federal contractors should be careful to evaluate their processes to ensure that all candidates are being considered fairly for positions, regardless of referral source.