President Joe Biden’s nomination of Julie A. Su to be Deputy Secretary of Labor was confirmed July 1... 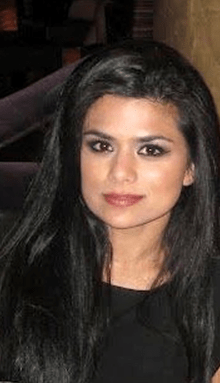 President Joe Biden’s nomination of Julie A. Su to be Deputy Secretary of Labor was confirmed July 13th in the Senate, by a vote of 50-47. Su was the Secretary of the California Labor and Workforce Development Agency, and in her new role, will work alongside Labor Secretary Marty Walsh as the second-in-command at the agency. Before assuming that post in January 2019, she was the Labor Commissioner of California, heading California's Division of Labor Standards Enforcement under Governor Jerry Brown.

Su attended Stanford University and Harvard Law School. She began her career with the El-Monte Sweatshop case, and co-founded Sweatshop Watch. She has worked as a senior fellow of the Jamestown Project, the litigation director at the Asian Pacific American Legal Center of Southern California and as a law professor at several prestigious law schools.

According to the Sacramento Bee, “Su is generally viewed two ways: As a highly respected worker rights attorney and advocate who has battled with major corporations — and as the leader of the troubled state agency that has struggled to manage California’s unemployment system and has been hit by allegations of widespread fraud during the coronavirus pandemic.”

The White House said that Su and another nominee announced at the same time, Deputy Secretary of Energy David Turk, “will be partners to the President in building a stronger, more resilient, and more inclusive economy that delivers every American a fair return for their work and an equal chance to get ahead.”

The next day, on July 14th, the Senate confirmed the appointment of Seema Nanda as the DOL’s new Solicitor. A former CEO of the Democratic National Committee, Ms. Nanda, grew up in Connecticut and is a graduate of Brown University and Boston College Law School. She is currently a fellow at Harvard Law School’s Labor & Worklife Program.

Ms. Nanda served as chief of staff, deputy chief of staff and deputy solicitor at the US Department of Labor in the Obama-Biden administration. Before that, she spent over 15 years in various roles as a labor and employment attorney, mostly in government service. Nanda led the Office of Immigrant and Employee Rights Section of the US Justice Department’s Civil Rights Division where she served as a supervisor attorney in the Division of Advice at the National Labor Relations Board. She also worked as an associate in private practice in Seattle.

After the Obama-Biden administration, Nanda led the Democratic National Committee as the CEO and served as the COO and executive vice president at the Leadership Conference on Civil and Human Rights.

“I am thrilled to congratulate Seema Nanda on her confirmation to serve as Solicitor for the Department of Labor. Whether it’s risks from coronavirus, rising temperatures from climate change, or unscrupulous employers, workers continue to face difficult challenges every day. This is why it’s so significant that President Biden chose somebody with Seema’s experience as the Solicitor of Labor. Her office will play a central role in fighting legal battles and challenges. With experience as the Deputy Solicitor and Chief of Staff at the Department of Labor under Secretary Tom Perez, I know that Seema will be a champion for workers’ rights and vulnerable communities from the very start.”

Federal contractors should expect a focus on compensation and enforcement of DOL regulations, given Su’s experience with prevailing wage statutes and Service Contract Act enforcement, and the experience at the DOL that Nanda brings.